Monica has always been a passionate foodie. She has always been inspired by her family recipes, cookery shows and cooking at family BBQ’s. So when she retired from midwifery, she knew she wanted to continue with her passion for food as a hobby. Monica is a seasoned cook with a strong Caribbean heritage. She started cooking from an early age in her home country of Carriacou. Since moving to England in the 1960’s she has always tried to mix Caribbean cooking with different cuisines. “I love combining Caribbean flavours with my favourite foods. I try to bring a taste of ‘back home’ to everything I cook!”

Karie-Ann Lee was very inspired by her mothers cooking whilst growing up and has always loved experimenting in the kitchen. She left her previous career as a sportswear apparel/graphic designer, working for many famous international sports brands, and teamed up with her mother Monica to create Tan Rosie utilising her design and branding skills, whilst learning traditional recipes from her mother. Lee designed and created the Tan Rosie branding and since working with her mother, she too now creates unique Caribbean recipes and food products inspired by her mother’s teachings.

The name ‘Tan’ is an affectionate name for ‘Aunt’ in the Caribbean – Aunty, Tanty, Tan! ‘Rosie’ is Monica’s grandmother who inspired her to cook, she was known as ‘Tan Rosie’ throughout the family and beyond.

Carriacou is an island parish of Grenada and is situated in the southern part of the Caribbean above Venezuela. It’s a sleepy, sun-kissed island measuring only 13 square miles. The island has many quiet sandy beaches with an array of palm trees facing the turquoise sea. Many of the neighbouring islands are home to many famous celebrities and rock stars! It’s the perfect holiday retreat!

Carriacou is a traditional, laid back island with a rich cultural heritage. The original inhabitants were the Caribs and since then the island has been
inhabited by Africans brought over during slavery which has been ruled by the French and British consecutively. The island has many French town names from their  occupation during the 1800’s. Scottish boat builders were a common sight on the island and traditional boat-building continues today. Carriacou is an English speaking island which has descendants from Caribs, Africa, Scotland and England. (See the ‘About Carriacou’ page in the ‘History’ page above).

The main island of Grenada is affectionately known as ‘The Spice Island.’ It produces spices which include Nutmeg, Cinnamon, Cloves, Turmeric and Ginger. It’s a beautiful island with a wealth of culinary history. 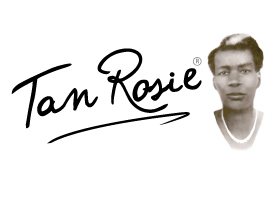